The Most Exciting Development in Oncology 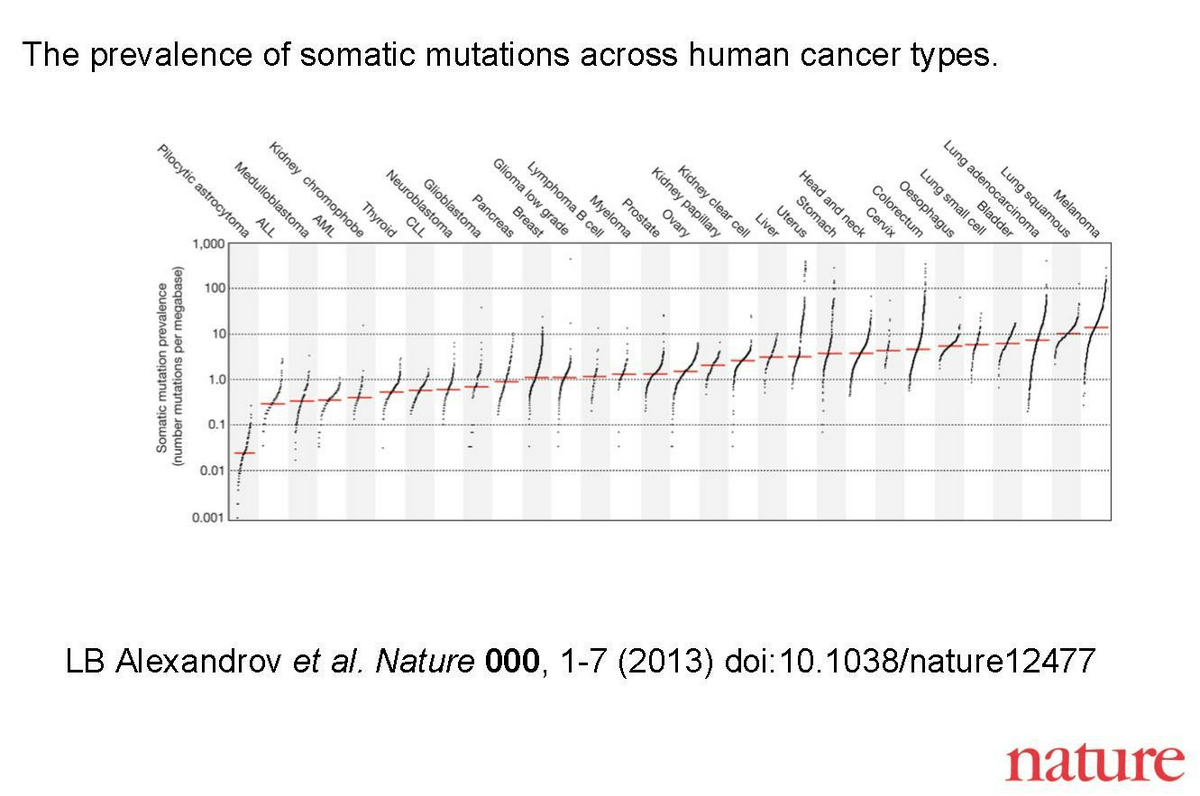 What is the meaning of this chart from the journal Nature? The red dashes measure the number of mutations, on average, in common types of cancer. (ALL and CLL are different types of leukemia). As a general rule, as the Nobel laureate James P. Allison explained in our recorded interview, the more mutations in cancer the more likely it is to respond to immune checkpoint inhibitors (ICI) therapy. The tumors on the right side of the graph are the most mutated and also, not coincidentally, the ones that were first approved for treatment with ICIs. Melanoma, the most mutated, is also the best responder to ICI therapy.

But new ways are emerging to turn a “cold” tumor (to the left of the chart) into a hot one. Hyperthermia, intravenous vitamin C, cytokine therapy, and—astonishingly—an injection of annual flu vaccine all seem able to do that.

A Landmark in Our Fight

Mobilizing the immune system to fight malignancy is what we mean by this term. As Prof. Seung Ju Oh, M.D., of Washington University, St. Louis, said, immunotherapy has ushered in a new era in cancer treatment. There are various ways of harnessing the immune system to fight cancer. We have spoken elsewhere about Immune Checkpoint Inhibitor (ICI) therapy. But there are other, older methods that can also contribute to the mix. We should remember that the German regulatory authorities approved an immune modulating drug Iscador® (a fermented form of mistletoe) for the treatment of advanced breast cancer more than 50 years ago! Some of these old-but-good treatments continue to be used at CAM clinics, in Germany and elsewhere.

It took so many decades of an uphill struggle for immunotherapy to progress to this point within conventional medicine. This has been more than a century-long march to acceptance. We must therefore pause to pay tribute to two amazing individuals who, above all, made this possible: 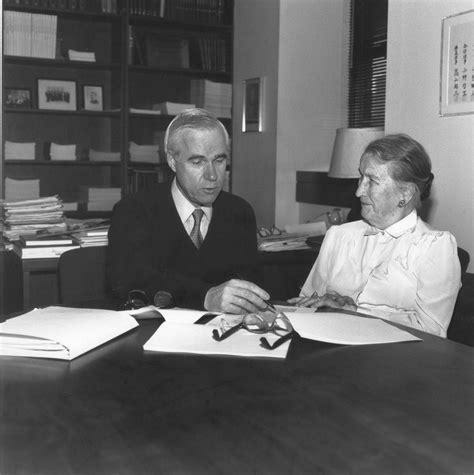 Lloyd J. Old, MD (l.), the vice president of Sloan-Kettering Institute, New York City, and Mrs. Helen Coley Nauts (r.), founding director of the Cancer Research Institute (CRI). Old and Nauts were joined in their mutual devotion to the ideas and practices of Helen’s father, the great immunology pioneer, William B. Coley, MD. Much of the progress in immunotherapy was the result of tireless efforts by these two, who directed the research, documentation, and organization, as well as directing over $200 million dollars in funding to bring us to this historic moment.

The Most Exciting Development in Oncology

While there are still limitations to cancer immunotherapy within conventional medicine, the dam has broken. We write elsewhere about immune checkpoint inhibitors such as ipilimumab (Yervoy®), nivolumab (Opdivo), and pembrolizumab (Keytruda®). This is the most exciting development in oncology since the introduction of the first targeted drugs two decades ago. Sadly, neither Lloyd Old nor Helen Coley Nauts lived to see this breakthrough moment. (James Allison now holds Lloyd Old’s position as scientific director of the Cancer Research Institute.)

We should also mention the earlier approvals of Bacille Calmette-Guérin (BCG) for bladder cancer (first proposed in a paper by Lloyd Old when he was a medical student and his coworker, the future Nobel laureate, Baruj Bennaceref), and the pioneering use by Steven Rosenberg, MD, of interleukin-2 (IL-2) for kidney cancer and melanoma, as well as the dendritic cell vaccine sipuleucel-T (Provenge®) for prostate cancer, Soon, more drugs, and vaccines will be joining the roster, and many patients will receive immunotherapy routinely as part of their standard treatment. They will probably never know that it was ever controversial!